Michael McDonnell Posted on 24 February 2016
SIMON DAVIES today revealed that Eddie Johnson would be a Chester player within the next six weeks. The Blues boss is keen to include the Chester-born striker in his squad after a trial period at the club following a frustrating time yesterday in his failed attempt to release midfielder Paul Rutherford before last night’s transfer deadline. Davies said: “I was in a situation of having to get a player out before thinking about any new signings. “Our attempt to release Paul Rutherford to Northwich Victoria didn’t work which was slightly frustrating. I thought a deal was nailed on but we were unable to do anything.

“I’m in a situation like other lower league clubs of having a budget and business plan to work with and I have to be shrewd.

“But I can reveal that Eddie Johnson will be a Chester City player within the next six weeks. We need more time and Eddie is happy with the situation and wants to join us after being on trial with the club.”

Davies insisted that he was happy with his current squad of players on the back of the club’s 5-1 home win against Barnet at the weekend, adding: “I’ve said it before and I’ll say it again – we have enough quality in our squad to do well this season. “We had a very good result at the weekend. I was confident we’d win the match but I never thought we’d win 5-1. “We didn’t have an ideal start to the season, but we proved on Saturday that we could defend and score goals and I’m happy with my squad.”

Meanwhile, Kevin Ellison today backed strike-partner Paul Taylor to make a success of his professional career. Both players were key members of the Chester City side that scored a 5-1 home league victory against Barnet on Saturday. Ellison opened the Blues’ account and Taylor started in a three-pronged attack which also included two-goal marksman Ryan Lowe.

Taylor is currently on loan at Chester from Vauxhall Motors with a view to the Blues signing the striker on a permanent deal. Ellison said: “Ryan (Lowe) scored a couple of goals against Barnet, and I scored, but I felt a little sorry for Paul (Taylor) because he did everything but score. I think he was frustrated, but it’s a team game and we were happy with the three points.

“Paul Taylor has come a long way in a short space of time. I think he’s going to get better and better. I noticed from the stuff he did against Barnet, some of the hold up play was very good.

“Training has been a bit long and boring during the last few weeks – you can tell that to the gaffer – because it’s been shape, shape, shape, and we’ve been in every day which some of the lads haven’t been used to, but hopefully we’ll get a recovery day this week in the gym which would be nice.”

Reflecting on Chester’s first win of the season, Ellison said he hoped the Blues could now capitalise, adding: “A win in any manner against Barnet would have obviously been nice because we weren’t good enough in our previous four games.

“But everything just clicked against Barnet on Saturday.

“I had been frustrated after our past couple of games so I was wanting to score and lift all the boys as well as the fans.

“It was pleasing to give the team a platform to build on.

“It was just attack, attack, attack in the second half, and obviously we had chances to score a few more goals, but 5-1 was a great result.”

If you have a question for Chester City’s Simon Davies email it to [email protected] and we’ll ask as many as we can during our next weekly video interview with the Chester boss. 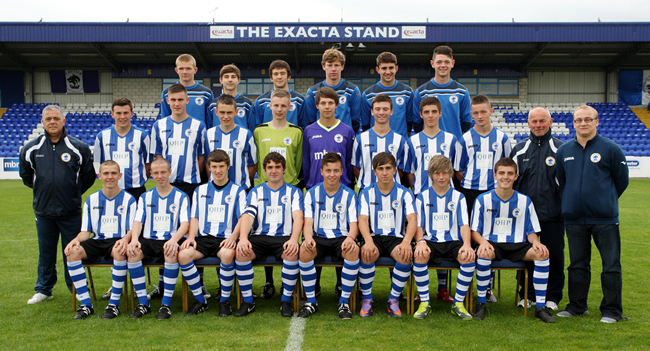